Kate Mancer, MA, principal of the company, is well-known throughout Canada as a market analyst and makes frequent presentations at industry events. Kate is also the author of the only Canadian reference book on seniors housing. The book is entitled The Future of Seniors Housing: Planning, Building and Operating Successful Seniors Housing Projects. Kate’s second book on life lease housing was published in 2019 and she has two other books in preparation, both focused on seniors housing.

Kate’s partner in Lumina Services is her son Stephen. Kate and Stephen have worked together for 15 years. In 2017/2018 Stephen took an educational leave from the company to pursue studies at Columbia University in New York City. He graduated in May 2018 with a Master of Science degree in Real Estate Development (MSRED). The MSRED program is well known and recognized throughout the world. Stephen also holds a graduate level diploma in sales and marketing analysis from the Sauder School of Business at UBC along with his undergraduate honours degree from the University of Toronto.

Lumina has a background in service provision being one of the founders of a large service provider in the supportive housing, assisted living and long term care industry (inSite Housing, Hospitality and Health Services Inc, recently renamed Vantage Living).

Lumina is a member of the Canadian Association on Gerontology and the Gerontological Society of America. Kate is also a member of the Phoenix Group, an invitation-only association of 45 people involved in various aspects of the real estate industry in British Columbia. Kate is the seniors’ housing expert in the group.

“The report on strategic directions Lumina Services provided for us was absolutely outstanding. The report is so clear it is exactly what we needed. We definitely hired the right company. “
Michael Aikins, Executive Director
Glacier View Lodge and The Views at St. Joseph's | Courtenay, BC 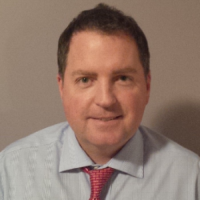